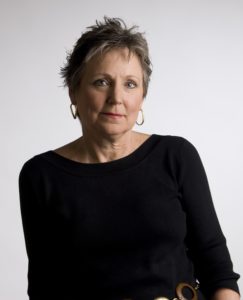 Like so many, on Monday we learned of Deb Bailey’s passing. We are still settling into that reality, although our hearts remain heavy with grief.

It’s impossible to quantify all that Deb accomplished while she was with us. When she received the YWCA’s Tribute Award almost 20 years ago, her nomination listed no fewer than 24 organizations, in addition to our own, as the beneficiaries of her skill and enthusiastic support. There must be twice as many now. It’s hard to think of a YWCA committee she didn’t serve on or event she didn’t participate in. Her involvement with the YWCA spanned three CEOs and two capital campaigns. She was involved in every aspect of the organization, from being a house mother at what was the YWCA’s former boarding house, to her leadership as the YWCA’s board president. There are only a few people in the community who have had as constant a presence in this organization as Deb, and we each had the good fortune to work with her.

Deb was quick to share praise and credit. If she could make a connection for you, she would. If there was a creative solution to your problem, she was finding it. She did this because she believed in the YWCA’s mission, and she was proud to be a part of the work and the journey as a social justice organization. Her deep involvement in the YWCA meant that we got to see Deb often. It was always a great joy to be around her. She would say she wanted for others what she herself found here, a place where women could be themselves, and find others who understood the challenges and happiness and complexity that make up our lives.

We know she loved this organization because she said so too many times to count. She mirrored what we felt – a deep commitment to eliminating racism and empowering women. And she motivated each of us to work that much harder to live out our commitment every day. She brought out the best in us and so many others.

Deb was fearless and open. When she first publicly shared that a high school boyfriend had broken her arm, she explained, “It’s time that those of us who can tell those stories, do.” It was through those stories that she connected with people, believing that even in the face of adversity, we are not alone. She understood that our growth as a community was only achieved through compassion and solidarity.

She was an advocate, a mentor, a mom, a grandmother, a daughter, a sister, and friend. She was grounded enough to laugh when things went sideways; optimistic enough to dream big; empathetic enough to connect to the humanity in the YWCA’s work.

She was funny. Her stories were adventures in the everyday. The woman from the West Side who taught in the Middle East. The counselor in a C-suite. For most, a stop at a gas station during a snowstorm would be quick business. For Deb, it was the time she found a hotel room for a young college student she happened to overhear trying to decide whether to attempt to trek the treacherous highway home or sleep in her car. She loved to cook. She had beach book recommendations at the ready. With enviable skills as a seamstress, she once spent an entire night stitching together tablecloths for a YWCA event. She fashioned a coat from Steelcase fabric remnants. She lived her life with exuberance and gratitude, sharing her many gifts and talents with anyone fortunate enough to cross her path.

She has left a community woven together by our commonality. Deb’s legacy lives on in what she contributed to this organization and to so many like us. We and Grand Rapids are better because of her.