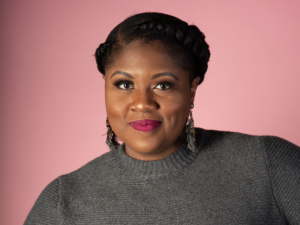 In August 2018, the Harvard Business Review released a study that found women of color will make up the majority of the U.S. workforce by 2060. Translated into dollars, they projected women of color will generate $1 trillion as consumers. As entrepreneurs, they will launch companies at four times the rate of all women-owned businesses and will generate $361 billion in revenue.

That’s just the baseline projection. The potential is enormous…and that’s where Shannon Cohen enters the picture. She co-founded Sisters Who Lead which focuses on advancing the careers of women of color – specifically, into executive leadership. What makes the group unique and effective is not only that it is designed by and for women of color, but that it takes a fully comprehensive approach. It provides a community to counter the isolation so many face because they are typically the first or only woman of color in leadership in their organization. They are intentionally intergenerational. They see members’ personal well-being as central to their professional development, and they collect data. Lots of data. Sisters Who Lead has published two regional climate studies.

For Shannon, helping others means teaching leaders how to develop a creative, innovative, and nurturing culture in their organizations. It also means developing the same kind of culture within ourselves individually.

Her clients span the spectrum – From the White House Office of National Drug Control Policy to local and county government; From the American Heart Association and the Michigan Public Health Institute to the Henry Ford Health System and Helen DeVos Children’s Hospital. Small companies, international corporations, universities, and foundations have all benefited from Shannon’s coaching and guidance. 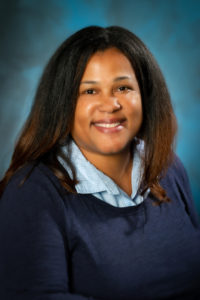 LaDonna Norman
Co-Organizer
Together We Are Safe: Bridging the Gap

The “Rising Tribute”-award is given to a woman with less than 15 years in her field of endeavor. And while our next honoree – LaDonna Norman – has just five, when you meet her, you quickly know you’re talking to a seasoned pro who’s been battle-tested on the front lines of the housing crisis.

The local housing crisis puts thousands of people – disproportionately people of color and the poor – under even greater pressure. LaDonna is a vocal advocate for them. Before the pandemic, LaDonna was a recognized presence at City Commission meetings, tenaciously arguing for better local housing and neighborhood investment policy.  In the words of her nominator, “LaDonna isn’t afraid to use her outside voice.”

At the same time, she has worked tirelessly to build networks and connections that address the needs of her local community. She is a walking database of resources – housing, food, employment, and more. She knows where to go and who to talk to.

LaDonna co-founded the citywide neighbor group called Together We Are Safe: Bridging the Gap. Its purpose is to connect community, offer resources, solicit input, and build relationships. With a shared appreciation for “neighbor-to-neighbor”-care, Together We Are Safe partnered with the Grand Rapids Area Mutual Aid Network which has brought desperately-needed financial resources into neighborhoods during the pandemic.

What truly makes a community is a sense of relationship. But before that can happen you have to be connected. And in our community, LaDonna is the one who makes those connections. 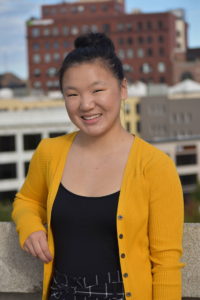 Olivia comes to us from the YWCA’s Helen Claytor Center for Girls’ Leadership. The purpose of the Center is to provide the space, knowledge, and freedom for girls to explore their passions and make a difference in their communities.  We don’t think of our participants as “future leaders in the making”. Rather, we emphasize to them that they are already leaders and they have the ability to impact issues that matter to them now. Olivia is a beautiful example of the inherent capacity of girls to lead.

She was a City High School student government representative for two years which included responsibility for numerous school functions and fundraisers. Olivia was a member of the City High School yearbook staff and served as managing editor for two years which also included mentorship of new staff. At her after-school job, she was responsible for training her new co-workers.

Of particular note, Olivia was one of just two organizers who coordinated her peers in local preparation activities for the 2019 Global Climate Strike, which was part of an international protest that took place across 4,500 locations in 150 countries.

She graduated at the top of her class and was named valedictorian and a member of the National Honors Society. Olivia also earned a diploma from the school’s exceptionally rigorous International Baccalaureate program. She began her freshman year at DePaul University earlier this fall. 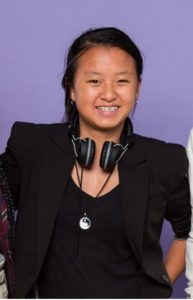 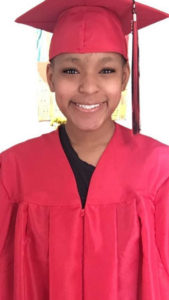