On Using Survivors for Public Argument

The YWCA’s mission guides our programming and advocacy. It lies at the heart of our efforts.

It calls us to understand how racism and sexism harm people in our community, and often fuel domestic and sexual violence. For those who are victimized, the YWCA is where they turn for help. This equips us with a unique expertise.

The lack of control, isolation, and fear we have all felt during the pandemic has given many an eye-opening sense of what survivors experience daily. That awareness has made its way into public debate where survivors have been viewed as a tool to be used to bolster arguments. Early on, survivors were invoked as a rationale for lifting stay at home orders. More recently, in the local debate over racial justice and law enforcement funding, survivors were used no fewer than six times during the Grand Rapids City Commission public hearings as alleged proof that reallocating budget dollars to broader public safety efforts is harmful. 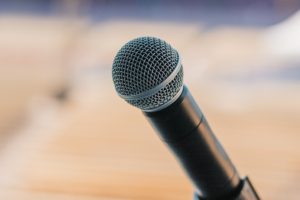 On this point, we will be crystal clear: only survivors should speak for survivors. Doing otherwise, denies their agency and paints an incomplete picture of their needs.

The YWCA serves approximately 4,000 survivors each year and interacts with more than 25 law enforcement agencies. As it relates to debates on racial justice and law enforcement, we say without hesitation that the work police undertake for survivors is, certainly and critically, important. Law enforcement can play a role in how some survivors find safety. It is also true that some survivors, especially in communities of color, have been harmed and abused by police. Ending that harm and ensuring the safety of survivors requires a response much broader than a funding debate. It requires community responses that address the inequities inherent in racism and sexism. It requires we reshape the structures that perpetuate inequity.

A victim’s voice and sense of self are among the first things an assailant takes from them. Frequently, family, friends, neighbors, co-workers, and others become the assailant’s unwitting proxy. Speaking for survivors rather than with survivors results in misinformed and inadequate responses by the community and criminal justice system. Presuming to know what survivors need better than survivors themselves silences and further isolates them. It reinforces the assailant’s message, “You do not control your own life.” It does not help. Instead, it compounds, complicates, and heightens the dangers they face.

Taking the needs of survivors into account for community decisions is vital. We simply cannot do that if we do not, first and always, listen to survivors themselves.