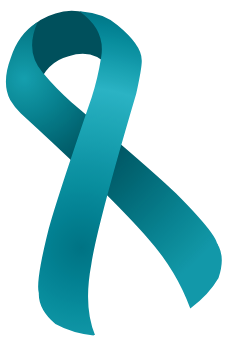 We find ourselves here yet again.

We’ve seen a firehose of news stories related to sexual assault scandals in the last few weeks — Dr. Robert Anderson and the University of Michigan, the Boy Scouts, the Cosby verdict, the U.S. Military, the FBI’s mishandling of the Nassar investigation…

In 2019, reflecting on the Nassar scandal, the YWCA urged our community to listen to victims. To believe them when they disclose. Not doing so has devastating consequences. With the same urgency, we’re sharing that guidance once again.

Larry Nassar now sits behind bars, but the ramifications of what he did continue to unfold. His abuse persisted for decades, enabled by the privilege of his position and the trust of those around him.

Today, we are focusing on one very specific way to break through the walls that isolate victims and protect offenders – an approach that is at the heart of the way the YWCA operates — “Start by Believing.” Not just believing that sexual abuse happens, but also believing each of us can do something about it.

For many, when we think of Nassar, we think of the sullen, quiet man sitting in the courtroom. Wearing an orange jumpsuit. Powerless. But he showed a different side to his victims and their families. A good guy. Helpful. Respected. Trusted. Even beloved.

He relied on his reputation.

It was a well-honed tool he used to groom his victims and to groom their families, his colleagues, and friends.

It would take decades for his façade to begin to crumble. In that time, many survivors came forward. Yet, the allegations were brushed aside in deference to Nassar’s reputation. Brushed aside by law enforcement, Title IX investigators, university officials, colleagues, friends, and family. Each time, it gave him more opportunity to commit his crimes. It sent a powerful message to victims, again and again — remain silent.

Many have credited the pressure created by the #MeToo Movement with garnering the attention that finally began to shift perceptions and led to his arrest. There is some truth to that.

However, more critical was the mindset of the lead detective and prosecutor who,
for years before, saw “Start by Believing” as the most effective approach to cases like these.

In fact, the story goes that when Detective Andrea Munford began taking down information from the first victim to publicly accuse Nassar, she wrote at the top of the page those three words – “Start by Believing.”

Those three words were a personal motto for Detective Munford. Both she and Angela Povilaitis, the prosecutor, understood trauma and the ways it can affect a victim. You must be patient and build trust. Memory can be fragmented and take time to recall. Biological stress reactions (like the fight, flight, or freeze response) associated with assault can make someone behave in unexpected ways, like laughing in an interview, not immediately reporting, or avoiding seeking help.

Historically, reactions to trauma have been used to cast doubt on victims’ credibility.
In reality, those reactions can be confirmation of trauma.

And so, Munford and Povilaitis had preached “Start by Believing” for years.

If detectives and prosecutors – the people responsible for critically evaluating these situations – can start by believing,
you can too.

But, believing is hard.

There is very real pain in acknowledging someone you care about has been violated. There is heartbreak in believing that someone, especially someone you are close to, could do such terrible things. It is scary to trust the instinct that tells you something isn’t right when it runs counter to what you — and everyone around you — think you know. Acknowledging these horrors pushes the bounds of what we are emotionally and psychologically able to accept. We find understandable comfort in thinking “There’s just no way it’s possible…”. But ending abuse isn’t about our comfort.

This case was very close to home. Survivors are our neighbors and local attorneys represented them. It was in Grand Rapids that Nassar was first sentenced. Our former county prosecutor was part of the university investigation. The YWCA’s own staff was chosen to help inform state legislation drafted in the wake of the scandal.

But when we start by believing, we open the promise of a better future.

Believing is an act of hope.

And it is the only way forward.