Who run the world? Gazelle Girls! This weekend is one of our favorite days of the year, the Gazelle Girl Half Marathon, 10K, and 5K. The YWCA has been a proud beneficiary of the event since it started seven years ago, and we love being out on the course supporting the runners. You’ll find us running our aid station in Riverside Park this year, alongside fellow charity partner GROW.

As for myself, however, I’ll be dipping my toes into actually running for the first time as part of Team YWCA. New this year, participants were offered a chance to join a group of their fellow runners on behalf of a charity and raise funds individually for that organization. As we prep for race weekend, I thought there would be no better time than now to introduce you to a few of our Team YWCA members! 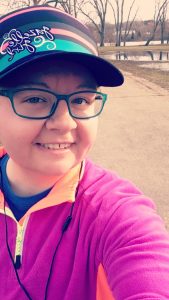 “This is my first 5K! I got some health tests done earlier this year and it was a true wake up call. I decided to commit to the race and it would help keep me accountable to a healthier lifestyle. The Gazelle Girl event appealed to me because it’s an all female event. It’s no pressure and a stress-free event celebrating women and fitness. I have been training and finally feeling as a confident runner. It’s funny because I signed up thinking ‘no pressure, I can walk it as much as I need to,’ and now I’m hoping to run as much as possible come race day! I’m so excited.

I follow the YWCA on Facebook and had seen a post about being able to join the team and raise funds. I figured since I was signing up for the event, why not try and raise some money at the same time? To be honest, I wasn’t sure I would raise any money at all as I’m not super social, but I shared with co-workers and family and immediately started receiving donations. I was shocked and super proud. It’s been humbling to have their support, and it’s helped push me in my training – not wanting to not let them down. It also feels great to be able to be a part of the YWCA team and contributing to an important organization.” 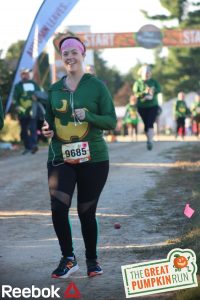 “I’ve run the Gazelle Girl 5K a few times. To be honest, I wasn’t going to participate this year. But when I heard I could raise money and awareness for the YWCA, I signed up right away. The YWCA is such an important organization to the community, and has helped me personally as well. Any little bit I can do, like raise money through a race, pales in comparison to how the YWCA makes an impact in peoples’ lives. I am proud to represent the YWCA at Gazelle Girl.” 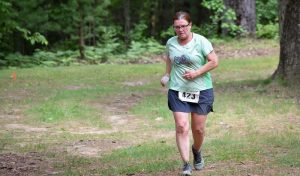 “I am running Gazelle Girl because I love the event. It is all about empowering women and girls through fitness. I have been a runner for 31 years, and I am running the half marathon again this year as I have for the past three years. This past summer, I ran my first ultramarathon. Running has become a part of my life and recovery from sexual assault. I really do not see myself stopping running ever, but maybe slowing down the pace as I age. I work as the Director of Finance at the YWCA, and being a part of the YWCA’s team is an extension of my commitment to the organization and all that it does each and everyday: Empowering women and girls.”

Thanks to all who joined and supported Team YWCA this year. Looking forward to seeing all the fellow Gazelle Girls on the course Sunday! (Fingers crossed for no snow…)