YWCAs are, at heart, about social justice with more than 150 years dedicated to working with and for the most vulnerable people in our society. Helen Claytor was just 12 years old when she joined the YWCA Girl Reserves and it was in this environment that she came of age. She remained active while in school, and following graduation she began her professional life with the YWCA in Trenton, New Jersey, later moving to the YWCA in Kansas City, Missouri.

She excelled in articulating the complexities of the challenges women face and how they are compounded by racism. She argued that addressing those things that marginalize all women will continually fail to empower all women unless ending racism is rightly viewed as an integral part of any effort. She did so successfully throughout her life — as an advocate on any one of the countless boards,

committees, and initiatives she helped lead; as the YWCA USA’s first Secretary of Interracial Education; as board president of the YWCA West Central Michigan and later the YWCA-USA – the first African American to hold the position in either organization; and as a leader in the campaign to adopt the YWCA’s One Imperative which called all YWCA associations “to thrust our collective power toward the elimination of racism wherever it exists and by any means necessary”, marking the first time the elimination of racism appears in the YWCA mission.

Because it was through the YWCA that she found the early mentorship and the most consistent opportunity to achieve so much for so many, Helen was a tenacious advocate for efforts that offered girls and young women the same. In doing so, she passed the baton to the next generation to further the causes of women’s rights, civil rights, and human rights and to anchor racial and social justice within communities and within hearts and minds. 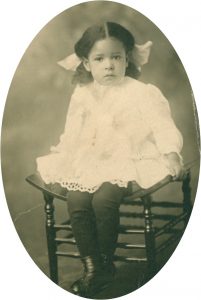 Born to Amy Wood Jackson and Madison S. Jackson on April 12, 1908 in Minneapolis, Minnesota, Helen Natalie Jackson was the third of their four daughters — Marvel, Meredith, Helen, and Zelma.

Her parents placed a high value on education. Madison Jackson was trained in law and became the first African American admitted to the South Dakota bar. He was restricted by race from practicing law and supported his family as a Pullman car porter. He assured educational opportunity for his daughters, as well as provided them a model of social activism. 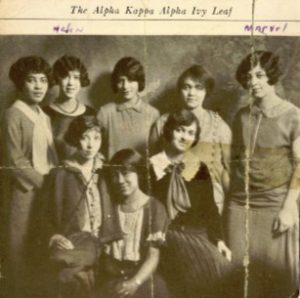 Helen went on to attain high scholastic honors, as her high school valedictorian and then as a Phi Beta Kappa graduate of the University of Minnesota in 1928. While at the university, she also became a member of one of the nation’s earliest chapters of the African-American service sorority — Alpha Kappa Alpha.

Helen began a professional life at the Trenton, NJ Y.W.C.A., and soon married Earl Wilkins, a journalist with whom she shared a loving partnership in Kansas City, Missouri until his death in 1941 from tuberculosis. With the help of her devoted mother, Helen went on working as a social worker at the then segregated Kansas City Y.W.C.A. to support her young son Roger Wood Wilkins. 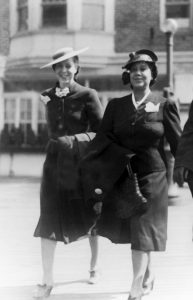 The family soon moved to New York City, where Helen had joined the newly established race relations office of the national Y.W.C.A.  As secretary for Interracial Education, she co-authored a ground breaking study of Interracial Practices in Community Y.W.C.A.’s  She also traveled throughout the country, especially the South, in campaigns to desegregate local Y’s. On one of those trips she stayed with the family of Dr. John B. Claytor in Roanoke, Virginia.

On a subsequent trip, when the Y.W.C.A. of Grand Rapids, Michigan gathered community leaders to meet her, she noticed a man with a strong resemblance to the Claytors who turned out to be John’s younger brother, Dr. Robert W. Claytor. Thus began a long loving relationship that became a core strength for a large family as well as for the wider Grand Rapids community. 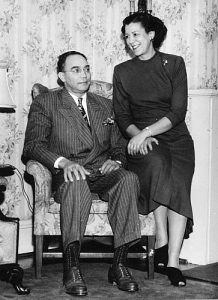 With her mother and son, Helen moved to Grand Rapids in 1944 after her  marriage to Robert Claytor in the fall of 1943. The marriage was blessed with the birth of two daughters, Judith Amy and Sharon Ann. With them, she became a role model to the many professional late-life mothers who would follow in the decades since.

In her volunteer capacity, Helen continued her barrier breaking work in race relations and community service. She began extensive service in local, state, and national committees and agencies, foremost among them the Y.W.C.A., as local president, on the National Board, as national president from 1967-1973, and on the World Council representing the USA. In her capacity on the World Council, she attended meetings in Hangchow, China; Beirut, Lebanon; Kingston, Jamaica; Geneva, Switzerland; Melbourne, Australia; and Accra, Ghana.

In civil and human rights, she served in the Grand Rapids chapter of the Michigan Commission on Civil Rights and was instrumental in setting up the Michigan Fair Employment Practices Commission. She was one of five people appointed by then Mayor Goebel to study Grand Rapids race relations, work which resulted in the Human Relations Commission, now Equal Opportunities Department of the City of Grand Rapids. She also served locally on the boards of the Family Service Association, Planned Parenthood Association, the Grand Rapids Hospital Council, Hospice, and the Grand Rapids Historical Commission. On the state level, she served on the Michigan Youth Commission, and federally, on the National Women’s Advisory Committee to the Office of Economic Opportunity, the National Women’s Advisory Commission on Civil Rights, and the White House Conference on Children and Youth.

A woman of unwavering faith, Helen was a life-long devoted member of the Episcopal church and  was active in St. Philip’s Church in Grand Rapids for 60 years. She served on the church’s vestry, the Diocesan Christian Social Relations Commission, and on the Executive Council of the Episcopal Diocese of West Michigan, among many other positions.

In all these positions it was her unique style that contributed to her unparalleled effectiveness. Her intellect and rock solid determination, coupled with disarming charm and grace proved the right combination to melt barriers to the goals she set.

In her lifetime, Helen received many awards and honors including honorary doctorates from several colleges and universities. She was inducted into the Michigan Women’s Hall of Fame in 1985 and honored by the Michigan Women’s Foundation in 1995. Locally, she received the Hugh Michael Beahan Foundation Award in 1993 and 2001. An endowed scholarship for minority students was named in her honor at Grand Valley State University.

Throughout her long life of dedication, it was her family role that Helen most often cited as her proudest achievement. Her bond with Robert, parted only by his death in 1989, was a model of mutual grace and respect with equal commitment to community service. That her three children all went on to professional roles in human service and social justice was her everlasting joy.

From: Memorial Celebration of the Life of Helen Jackson Claytor, May 13, 2005