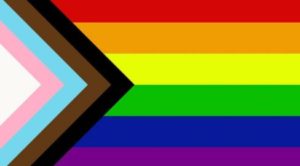 For many it is a time when we celebrate and uplift the joys of the LGBTQ+ community. We go to festivals and carry Pride flags.

Celebration is important. It is just as important that we honor the roots of the LGBTQ+ community’s journey. Today, Pride month’s celebrations are fueled, in no small way, by gratitude. Gratitude for the strength and fortitude of a small minority of courageous human beings, often made up of Black transgender women who paved the way. It was, in fact, a Black trans woman who, during a police raid on June 28, 1969, was the first to fight back – literally and metaphorically – against the endless threats, violence, and harassment. The moment sparked the Stonewall Uprising which lasted for six days and began the Gay Rights Movement. The role Black trans women played then and their leadership throughout the Gay Rights Movement, cannot be overstated.

Yet, standing in stark relief is the terrible, violent reality that Black trans women continue to face in our world. The American Medical Association has recognized the killings of trans women of color as an epidemic. In a 2020 report released by The Human Rights Campaign Foundation, they found that “this epidemic disproportionately impacts Black transgender women, who comprise 66% of all victims of fatal violence against transgender and gender non-conforming people.”

Remembering our roots requires we honor the legacy of Black trans women. And honoring that legacy requires we work to prevent the violence that is aimed at them; to make this world a safer place for them to live and thrive.

As we mark Pride month, please join us in supporting Black trans women and their efforts… Center them and fight to end violence; learn about and highlight their stories; and say their names. Help make Black trans women visible in a world that too often renders them invisible. 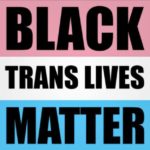 Learn About and Highlight their Stories